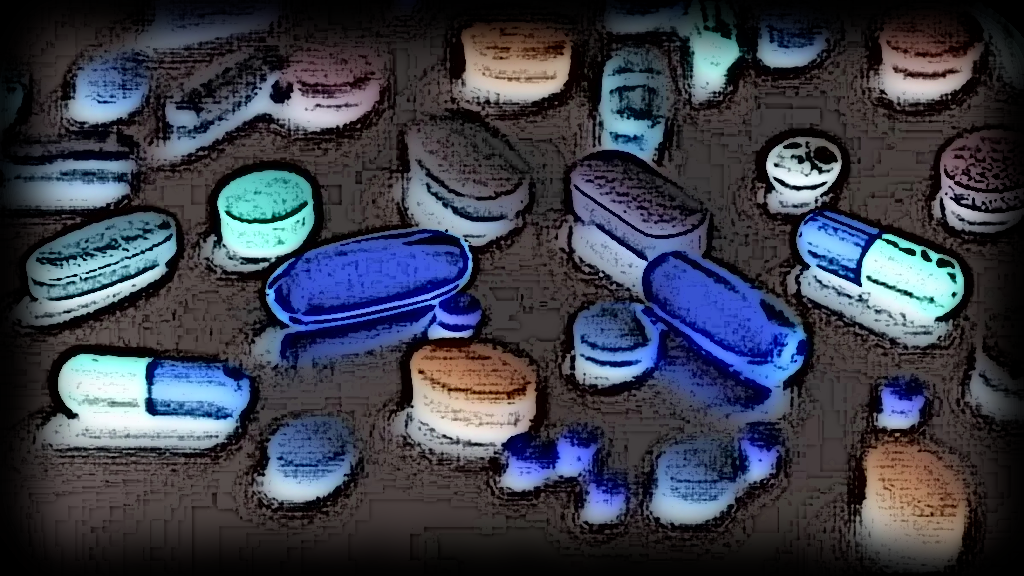 Posted on January 25, 2017 by stoickish
Recipes

In an attempt to improve my general health, increase my cognitive performance, and improve my longevity I take a set of supplements each morning and evening.  These are the supplements I take and my reasoning behind them.  Note that while I personally take these supplements, that I do not recommend them broadly to others.  People should make their own health decisions based on personal research.

B-Complex – One pill (one in the morning with breakfast).  Each pill contains a combination of Vitamin B1, B2, B3, B5, B6, B7, B9 and B12.  B3 in the form of nicotinamide is used in the “salvage pathway” for NAD+ in the body in addition to B2, B6, B9 and B12 to support methylation, the folate cycle, and the methionine cycle.  In general, the B vitamins are classified for their benefits in cell metabolism.

Vitamin D – One pill (one in the evening with dinner).  Each pill contains 125 mcg (5000 IU) of Vitamin D3.  I take this supplement due to a past history of relatively low Vitamin D levels in addition to a genetic predisposition [rs7041(G;T), rs12794714(A;G), rs2060793(A;G)] to Vitamin D deficiency.  Vitamin D is also potentially beneficial to me with relation to my predisposition to Alzheimer’s [rs429358(C;T), rs7412(C;C)], as Vitamin D deficiency correlates with increased Alzheimer’s risk.

Garlic Extract – Two pills (one in the morning with breakfast, one in the evening with dinner).  Each pill contains the equivalent of 1000 mg of garlic bulb in a concentrated extract.  Shown to raise HDL-C, lower LDL-C, lower overall cholesterol, and lower blood pressure.

Other possibilities that I’m considering that are relevant to heart health are Statins (possibly alongside CoQ10), and/or Aspirin.

The supplements in this section are purely experimental to try to improve mental performance.

Bacopa Monnieri – One pill in the morning with breakfast.  Each pill contains 300 mg of Bacopa and 280 mg of Bacopa Powder.  Shown to improve memory and to have minor effects of anxiety reduction, depression reduction, and reducing forgetfulness.

The initial reason I started taking these drugs was related to just a general interest in longevity, but based on further research I’ve realized that I have a genetic predisposition for Alzheimer’s (I’m in the gs141 genoset, meaning I have one APOE-ε4 allele) that could be “staved off” to some extent by the supplements listed below.

Curcumin Phytosome – One pill in the evening with dinner.  Each pill contains 500 mg of “Meriva” Curcumin Phytosome Complex.  Shown to act increase anti-oxidant enzymes, reduce depression, reduce inflammation, and reduce pain amongst other things.  Curcumin is also a polyphenol and has beens shown to act as a powerful senolytic drug.  Anecdotally, I’ve noticed that Curcumin seems to lower my hemoglobin levels (from ~15.3g/dL to ~13.7g/dL); which seems consistent with some studies.  I’ll monitor this to assure my hemoglobin doesn’t drop to unsafe levels.

Other references: [1][2] (discussion of Curcumin and Alzheimer’s)

Berberine – Two pills of Berberine (500 mg each); one in the morning with breakfast and one in the evening.  Berberine is often compared to the prescription drug Metformin, and has been shown to have similar effects (at least in mice/rats) such as AMPK activation & mTOR inhibition in addition to reduced IGF-1 signaling.  In general, Berberine has been investigated/demonstrated as a potential treatment for type 2 diabetes as well.  Due to its similarity to Metformin and the fact that it’s not a prescription drug, I’ve chosen to take this in lieu of Metformin.  The effects detailed above can have benefits such as reduced inflammation and improved autophagy (clearing of damaged cells); placing your body in a “dietary restriction-like” state (i.e.: it tricks your body into thinking you’re fasting)

I will try to keep this post updated as my stack changes.