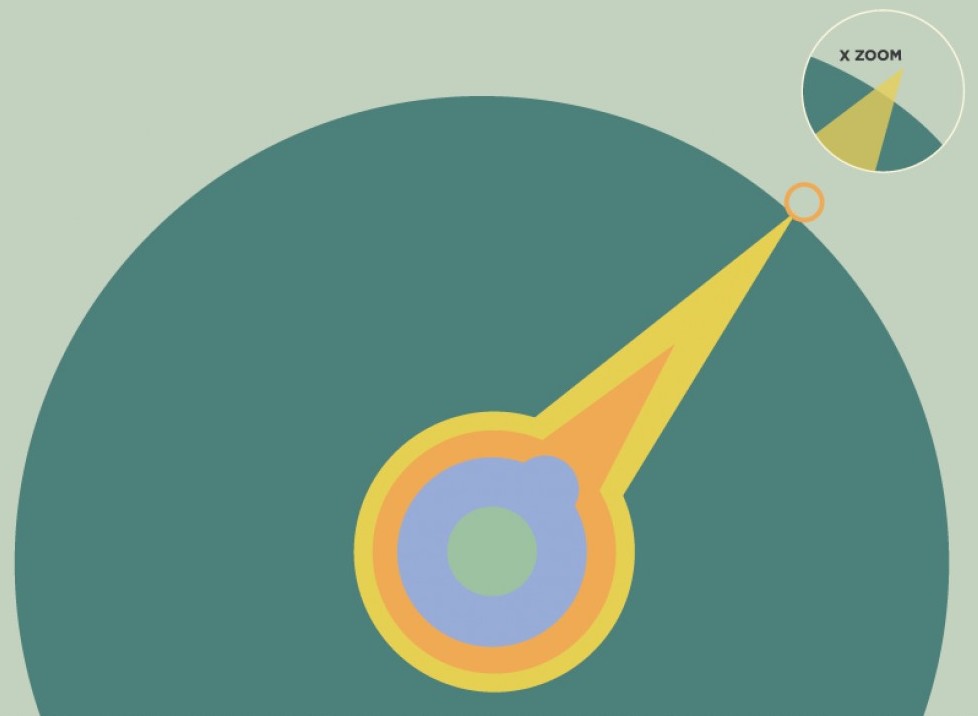 Posted on November 19, 2019 by stoickish
Ramblings

Today I had a somewhat interesting thought regarding relationships and relationship success. The thought is fairly simple to explain: in some studies, it has been theorized that more intelligent people tend to have ‘unnatural’ or ‘novel’ preferences and values when compared to the general population. In general, I think it’s pretty well-accepted ([1][2]) that successful relationships tend to occur when both parties in a relationship have shared values. The natural conclusion to this thought experiment seems to be that a more intelligent person would have more difficulty encountering someone who shares the same values as them, and hence the more intelligent you are the less likely you are to have a successful relationship. This is more or less strictly based on statistical “odds”.

Think of it this way using the diagram below. The different colors represent different people on a scale of intelligence, with the center light green color being the least intelligent person and the yellow reaching the edge would be the most intelligent person. The circle as a whole is the “set of all possible values and preferences”.

Visually, one might describe a “successful” relationship as one where there is a certain percentage of overlap when it comes to a person’s values and/or preferences. For people residing in the inner circles like the light green or purple circles, this might prove to be relatively straightforward due to the relative abundance of people at the “average” levels of intelligence. For people like those represented by the yellow above, however, it’s clear that due to the relatively low number of people of higher intelligence combined with the fact that they have much more specific values/preferences (i.e.: they’re closer to the perimeter of the circle) it’s much less likely that they’ll encounter another with an adequate percentage of overlap for a lasting relationship.

That all being said, all of what I detailed above is just a thought experiment or conjecture. One point that I didn’t really touch on would be the cases (like with light green, purple, and orange in the diagram) where they themselves are completely overlapped by yellow. Would that mean they could have a successful relationship with yellow since there’s 100% overlap for them? Or would the percentage of yellow “outside” make that impossible due to yellow’s needs not being met? Or is that just a shortcoming of the visual representation? Like perhaps a person’s values or preferences really shouldn’t be represented by a circle with offshoots that expands in diameter based on intelligence. Maybe each person should just have a fixed “area”, and less intelligent people just tend to congregate towards the center and be more “circle-like” while the more intelligent people create more complex and elongated shapes making it harder to find an overlap with another.

I thought it was interesting to think about anyways…